An endless loop argument might try to refute or discredit the assertion 75% of all domestic deaths were jabbed a year ago, by pointing to actual death dates and onset dates. It’s a fair rebuttal, but with that I say well can we talk about the the mass deletion of reports? Can we talk about the hundreds of suspicious cardiac arrests that look to be dead? Can we question how many of the 1.3M VAERS Reports are now since dead? Calculating the 41X formula on 75% of the deaths from May262021 and older is more than reasonable and still very conservative. All the news they don’t want you to see – censored.news … Vaxed! Deep State Attack Caused Osprey Crash! Gov Run By Sexual Predators! – We The People News
EVEN ATTACKS BY MEANS OF NEGATIVE REVIEWS CANNOT STOP THE TRUTH TO BE EXPOSED
=============================================================================
ENGLISH
Thank you Mary for your update today and every day. It “feels” like we are getting very close to something YUGE happening – “as if” on the edge of a precipice – don’t know what that is, maybe the mass arrests and final take down of the Deep State Cabal? Maybe the Harpazo? Just have that feeling we’re about there = VICTORY! Good ALWAYS wins over evil, and Jesus won when Abba Father raised Him on the 3rd day! So, it’s ALL GOOD. Remember to keep President Trump, “OUR” military, White Hats “OUR” Republic and We the People in constant prayer! God bless us ALL in Yeshua’s Holy Name, amen!
https://beforeitsnews.com/opinion-conservative/2022/06/situation-update-whats-growing-inside-the-vaxed-stew-peters-ariyana-love-structures-in-dead-vaxed-deep-state-attack-caused-osprey-crash-gov-run-by-sexual-predators-we-the-people-news-3632952.html
———————————————————-
Tägliche politische und Geoengineering-Nachrichten
Meine Kanäle:
https://www.bitchute.com/channel/chembuster/
https://vimeo.com/chembuster

My personal greetings from Germany go to all patriots in the world:
https://www.bitchute.com/video/WKlTKbH5CWBx/ 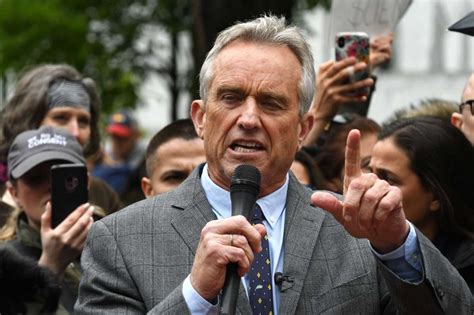 Open your eyes, Turn off your irrational emotions and use your god given brain.

The Uvalde Texas school shooter Salvador Ramos was an INCEL aka someone who is “involuntarily celibate” who was already known to police and who had been making violent threats against women online. Police were already aware of Ramos after being called over disputes with his family and the Uvalde police had an active AI program designed to detect this kind of online activity. Despite knowing what they did and having the tools they have the Uvalde Texas Police made the decision to stand down while also ordering other agents of the state to do the same and stand down while the active shooter was still inside where kids were calling 911 from their deceased teachers phone. In this video Dan Dicks of Press For Truth examines the LIHOP/MIHOP scenarios as being most likely as more and more evidence continues to come in that this was not necessarily an epic failure by the Texas police but instead it looks like things went pretty much exactly according to plan.

Source: Centralized Control – The WHO Treaty & Amendments Unleash Tedros as Health Dictator of the World

1.) The authority to declare what constitutes a pandemic. It could be the flu.

2.) They would decide what the quarantine requirements are. They could put you in a quarantine center or keep you home from work.

3.) The WHO would decide how to prevent or treat the new disease. They could, yet again, deny doctors the ability to treat patients the way they would like.

4.) The authority to determine which medications are safe and who develops them.

5.) They would be in charge of how the new vaccines are promoted, including vaccine mandates.

Tucker: “Here’s what’s at stake: not just your health, but the way that you live and your relationship to the government. Representative government requires your consent … and this eliminates it.”

The World Economic Forum has announced a list of public figure attendees for its upcoming Annual Meeting in Davos, Switzerland.

Taking place May 22nd through 26th, the World Economic Forum (WEF) Annual Meeting will count 50 heads of government and thousands of corporate, philanthropic, and scientific leaders in attendance.

Twenty-five American officials, including two White House representatives, are going to the meeting. An additional 12 Democrat and 10 Republican politicians, listed below, will accompany them.

U.S. and Ukrainian attendees outnumber those coming from other leading nations, which includes just three from the United Kingdom, France, and Germany respectively.

The names of U.S. delegates appear below, with a full list of public figure attendees in the embedded spreadsheet following.

“The Annual Meeting 2022 will embody the World Economic Forum’s philosophy of collaborative, multistakeholder impact, providing a unique collaborative environment in which to reconnect, share insights, gain fresh perspectives, and build problem-solving communities and initiatives,” explains the group, whose efforts to exploit COVID-19 for its “Great Reset” has come under intense scrutiny.

“Against a backdrop of deepening global frictions and fractures, it will be the starting point for a new era of global responsibility and cooperation,” posits the WEF, which selected “history at a turning point” as its event’s primary theme.

Ukrainian President Volodymyr Zelensky will also be giving a special welcome address on the opening day of that event and will be followed by executives from companies such as COVID-19 vaccine maker Pfizer.