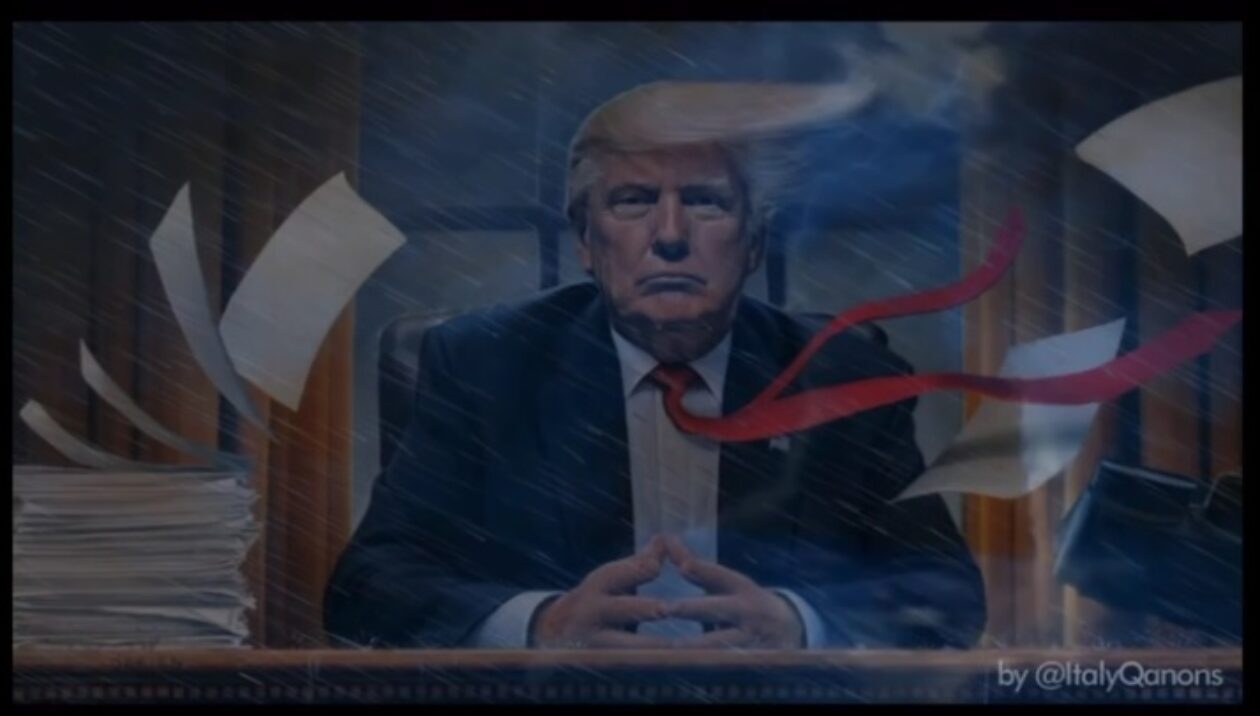 China’s strategy for defeating America and occupying North America rests on taking down America’s ability to respond to emergencies or defend itself against attacks. At first glance, a casual observer might think that obvious infrastructure targets might be America’s power grid, telecommunications infrastructure or fuel refineries, but a far more critical piece of infrastructure that’s often overlooked is the “human infrastructure.” Source: BREAKING: Evidence To Soon Be Presented To Citizens Grand Jury Of Interstate Conspiracy To Manufacture/Harvest Counterfeit Ballots For Use In 2020 Election – CD Media

Eye witnesses to ballot manufacturing/harvesting operations in Arizona during and after the 2020 U.S. general election presented information to state officials in late 2020/early 2021. They were ignored.

The information is now being brought before a ‘We The People’ case using a ‘citizens grand jury’ in Georgia. Evidence is provided below ballots were sent to GA from AZ.

Below is also expert testimony to be presented to the Grand Jury.

The information regards a firm called ‘Fieldworks‘ which was suspected of election fraud in 2016 (links and information below).

Information is also below showing evidence of illegal ballot harvesting in GA.

The following is a statement from Mr. Gerald Buglione taken on Monday July 19th 2021. The statement was conducted via telephone. Mr Buglione resides in Surprise Arizona, the undersigned was in New Jersey. Trump vows “We’re Going To Take Back Our Country SOONER THAN YOU THINK! You will see things you’ve never seen before!” Trump Will Not Return as The President of The Bankrupt U.S. Corporation, but rather The President of The New Republic of The United States! In this New American Republic We The People have all the power. There is NO FEDERAL INCOME TAX! And America returns to The Gold Standard! Plus NESARA will be enacted and all debts of every American will be cancelled! Well-connected, political insider Juan O Savin exposes SEVERAL Deep State scams on the American public, and discusses them in-detail. Don’t give up, Patriots. We are going to take back America!!! The audit of the 2020 election results in Fulton County, Georgia, has revealed numerous batches of ballots that were double-counted, according to reports.

On Wednesday they announced via a video that multiple instances of voter fraud have been found.

The issue with double-ballot counting is that it adds weight to a video which claims to show Fulton County election workers running stacks of ballots through tabulators.

A video recording taken at State Farm Arena late election night showed workers dragging out boxes of ballots from under a table after election observers were sent home early.

Then they ran stacks of ballots through tabulators multiple times for unknown reasons.

Beckernews.com reports: After the release of thousands of ballot images under a Georgia state law that has made them available to the public, the mainstream media has finally conceded that hundreds of double-scanned ballots were cast in Fulton County in the 2020 election.

“The discovery of identical ballots provides evidence to back up allegations of problems in the presidential election, but on a relatively small scale that had no bearing on the final certified count,” AJC baselessly claims. “A group of voters seeking to prove the election was fraudulent say double-counting is just the beginning of what they hope to find.”

“Double-counted ballots were discovered by voters suing Fulton in an effort to persuade a judge to allow them to conduct an in-depth inspection of 147,000 absentee ballots,” the report continued. “The judge ruled against the plaintiffs last month, but the case survived with new claims filed against the county’s five election board members.”

AJC reported it could only find 27 votes double-cast for Biden in Fulton County, but independent audit investigators claim to have found more examples of election malfeasance.

“If we’re finding this in Fulton County, we’re probably going to find it throughout the state. The question is, why did it happen?” said David Cross, who is working with the plaintiffs. “The simple fact that it happened and we found it here means that it probably occurred elsewhere.”

“More evidence from VoterGa shows audit tally sheets were marked entirely for Joe Biden despite having votes for Donald Trump and Jo Jorgensen in those batches,” Mullins said. “Must watch!”

The difference in the Georgia election statewide was a mere 12,000 votes. Fulton County went overwhelmingly for Biden: 73% of the total vote and 79% of absentee ballots.

Tucker Carlson is also about to announce what he claims is new evidence of “voter fraud” in the 2020 election. The news was reported by the Washington Examiner’s Deputy Editor Daniel Chaitin. Source: How To Survive The Final Solution End Game

Mike Adams hosts the final hour of the Alex Jones Show and breaks down new research that finds the vaccine is actually the pandemic, how to defend your local community against violent looters, and how to survive the communist takedown of humanity. Hard to believe but cloning has been going on for decades and the technological advances are horrifying. Even trusted people in Politics and Hollywood are not what they seem. A must see!

Right their all together in Idaho right now much love ♥️ They definitely sick individuals hoodwinking the world…. You guys have no idea the horror show of living things under the earth. I spent 10 years in Black budget projects as a contractor. Brain Pain Listen to what Biden said. He basically said resisting the United States government is a futile effort because they have nuclear weapons and f-15s. What he didn’t say is they also have sonic weapons and attack drones.

T!his was obvious they’re postitioned in Mexico and Canada and have been there since at least October.

They don’t need to take the guns. They’ve demoralized everyone. No one can assemble. No one can communicate. Whites have no sense of in-group identity. We’re all lone players with useless guns against advanced militarized police operators.